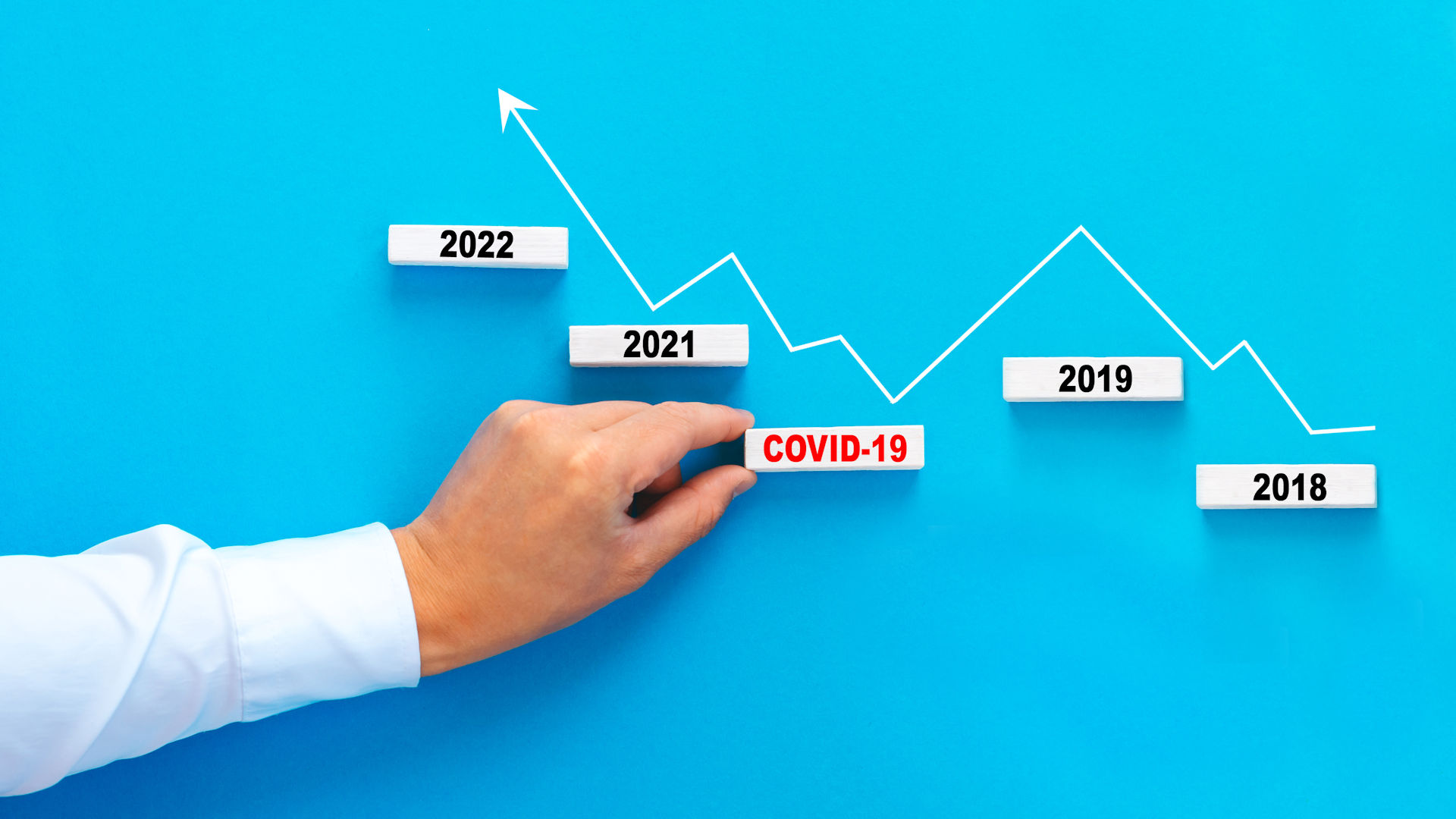 To say that the immediate challenges facing soon-to-be President Joe Biden are daunting is dramatic understatement. He will be consumed by the immediate tasks of combatting COVID-19 and providing life support to an ailing economy: the only good news is that the faster the pandemic is brought under some control, the faster the economy can recover. And for all the dreadful suffering, household budgets are in much better shape than they were in 2008, so there is pent-up demand waiting to be satisfied: think of all those trips we haven’t taken.

Yet, Build Back Better means attending to the longer-run even as the immediate is imperative. Happily, we do know which ideas probably don’t work. The 2017 Trump tax cuts for corporations did not spur investment, so that is one to avoid. So, too, while support for higher education has been important to U.S. economic growth and made the country home to many of the world’s great universities—and appeals to Biden’s college-educated constituency—the pandemic has driven home that priority needs to go to Americans who did not earn a college degree.

Economic growth in the United States has slowed to about two percent per year since 2000, compared to three percent in years before that. Part of the reason is slower growth in population—hence labor force—and not much can be done about that. Diminished productivity is the other culprit, and it is the appropriate focus of “Build Back Better” policy. Productivity grew at 3.1 percent per year from 1994 to 2004, but only 1.4 percent per year the following fifteen years. There is no consensus on why the decline, but some of the traditional boosts—like factory automation or economies of scale in building large power plants or replacing small shops with supermarkets—have slowed, and services, where productivity growth typically is slower, now bulk larger in the economy. The productivity boom in the 1990s was fed by large purchases of information technology, and rapid growth in big-box retailing and parts of the financial sector. That boom played itself out in a decade.

One “Build Back Better” measure is a bridge between the immediate and the longer term, providing some safety nets for businesses, which has been driven up the agenda by COVID-19. The Coronavirus Aid, Relief, and Economic Security (CARES) Act provided some help, but that help is expiring. Small businesses in particular have taken a hit, and many will not reopen, especially those in hospitality, entertainment, arts, exercise and education. A generous program of loans surely would risk some losses but would give businesses time to rebound. Ideally, the program would be targeted on businesses, perhaps especially minority-owned ones, that had shown they were profitable before the pandemic, and owners would be required to demonstrate they had serious skin in the game.

One hearty perennial for boosting long-term growth and international competitiveness is more and better retraining for workers who lose jobs or can’t find them. While the U.S. record on that score is not impressive, it is worth another try, especially a try that tries to learn lessons from past failures. Too often in the past, training concentrated on manufacturing, where the supply of jobs is limited. Or the programs have partnered with unions, only to fall into adversarial relations between unions and employers. And, in any case, the total federal training budget is around $8 billion, so it’s not as though the country has really tried all that hard. Programs work better when they are linked to community colleges and attuned to the needs of local employers. In any case, the potential benefits are large: by one estimate as many as 30 million American workers without college degrees have the potential to obtain better jobs than they ones they had; they possess skills their current positions aren’t taking advantage of.[1]

Next on the Biden agenda should be more sensible immigration policy. The figure is stunning but neither well-known not well acknowledged politically: more than half of the start-ups worth over a billion dollars in 2016 were started by immigrants.[2] There is scant evidence to support the familiar accusations that immigrants take jobs from natives; rather, as the start-up numbers attest, immigrants create jobs. The Trump administration’s animus toward immigrants may have been aimed southward and toward lower-skilled migrants, but it hit immigration across the board. Partly for that reason, the United States population growth rate between mid-2019 and mid-2020 was the lowest yearly figure (0.35 percent) since at least 1900, and the percentage growth for the 2010s (6.6) is likely to be the lowest since the census began in 1790.[3] Beyond federal restrictions and the recent pandemic, the very recent slow growth reflects the basic pattern the population’s aging, with fewer births and more deaths. In the process, older cohorts, especially those over age 65, will grow more than younger ones. The stagnant growth trends underscore the importance of immigration, as immigrants and their children become the main source of growth in younger age cohorts.

Next on the agenda is more federal funding for basic Research and Development (R&D).[4] On that there seems broad rhetorical consensus, as even the foreign policy types have gotten on the bandwagon, mostly as a way to compete more successfully with China.[5] Federal funding for R&D, almost half of it in the defense budget, rose from 2000 to 2009, then stagnated, then began to decline, with only a small uptick in 2017, the last year of available statistics.[6] Private sector R&D has more than offset that decline, reaching $381 billion in 2017, or three times the government figure. Yet while Google may fund research for new apps, it does not do basic research, and so government funding remains essential. There are four main global players in R&D—the United States, China, the EU and Japan. As of 2017, the United States was the largest spender of the four, but China’s spending has grown dramatically, if not always wisely, and may have overtaken the United States by now. A reasonable goal would be to increase federal spending by nine percent per year—the rate of increase from 2000 to 2009.

The agenda is all good ideas, but the question is: can they happen? They all require a bigger role of government, and of the federal government in particular, than seems imaginable, even in the wake of COVID-19 and the recent dramatic increases in government spending. Infrastructure stands as a silent testimony to the dysfunction and gridlock in American politics. In principle, everyone from Donald Trump to Bernie Sanders favors major spending on it, and our children and grandchildren will rightly chide us: after 2008, you had a major recession plus interest rates near zero, and you didn’t rebuild America’s infrastructure. What were you thinking of? Yet for all the talk, nothing has happened beyond the post-2008 spending on “shovel-ready” projects.

Some of the building back agenda, like increasing quotas for immigration and skilled worker visas, Biden will be able to do with executive actions. He might also restore the Office of Economic Opportunity (OEO), created as part of the great society in 1964 but abolished by Reagan in 1981.[7] Its main objective would be to diminish inequality by improving upward mobility. Setting goals is tricky, but high-profile ones, like Britain’s at the beginning of this century to end child poverty by 2020, can drive continuing commitments. What about, for instance, trying to reverse the shrinking “American dream” of children being better off than their parents? That dream was a reality for 90 percent of Americans born in 1940 but only for 50 percent of those born in 1980.

Fostering upward mobility does not fit neatly into any single government box, for it ranges across education, race, health, neighborhood, and family stability. Thus, a restored OEO would need some inter-agency mechanism to coordinate—that hoary word—efforts across the federal government that are scattered like so many well-intended federal programs. Data will be critical, especially longitudinal information, since increasing upward mobility is a task measured in generations. There are no shortage of good ideas and surveys out there—for instance, the work of Raj Chetty and his Opportunity Insights team.[8] Finally, as Richard Reeves puts it: “The Office ought to be evangelical about the ends—intergenerational mobility—but agnostic about the various means to it. What matters is what works.”[9] The Office would be quick to launch pilot projects but just as quick to evaluate them, continually.

Getting money from Congress will be the rub, as the same Republicans who were happy to blow up the federal budget under a Republican president are likely to resume their scolding about budget deficits under Biden, as they did under Obama. The compromise on the most recent COVID-19 relief bill is a hopeful sign that the partisan aisle in Congress is not impenetrable, and perhaps on those issues where there is at least rhetorical agreement—rebuilding infrastructure and increasing federal funding for R&D, perhaps justified as a “national security” need—further compromise might be possible.

In the end, Build Back Better needs to seriously address what kind of economy we seek. The results of almost a half century of Reaganomics—deregulation, tax cuts, small government and trickle down—are plain to see in growing inequality: the share of wealth held by the top one-tenth of a percent has doubled, from 10 percent of the nation’s total to 20 percent. Meanwhile, the average American wage has hardly increased in purchasing power over the last forty years.

On benchmark for change is the 2019 statement by the Business Roundtable—a grouping of 181 CEOs of major companies—that its policy was no longer just to serve shareholders, as it had been since 1997, but rather to “to create value for all our stakeholders.”[10] The statement was, in principle, a sharp break with past, including customers, employees, suppliers and communities as stakeholders. It is even possible to imagine that, with each purchase, customers would receive a fractional share in the company.

Whether the statement represented a major turn in decades of corporate social responsibility that was mostly cosmetic, only time will tell, and so far, the statement seems another casualty of COVID-19. As always, the devil will be in the details. Who will watch the CEOs? Those of us who’ve served in government know that if you are accountable, in form, to many stakeholders, you may in fact be accountable to none. With shareholders disempowered, will the change only empower CEOs? How will the principles be policed? Will companies found complicit in unacceptable activities, like drug companies pushing opioids, be at least driven from the Roundtable? How do the principles relate to more traditional governments?

What obligations to communities, and their governments, do the principles imply? Should they limit, for example, moving production facilities out of American communities to foreign ones, or the money corporations spend trying to influence political outcomes? Does embracing employees as a stakeholder mean support for minimum wages and other measures to benefit workers, as well as more than grudging support for unions? And what about disruptive innovations, which Americans generally celebrate, but which do hurt workers in the industries disrupted?

None of these questions have easy answers. But they need to be asked if America is truly to Build Back Better.

[10] The statement is at https://www.businessroundtable.org/business-roundtable-redefines-the-purpose-of-a-corporation-to-promote-an-economy-that-serves-all-americans.