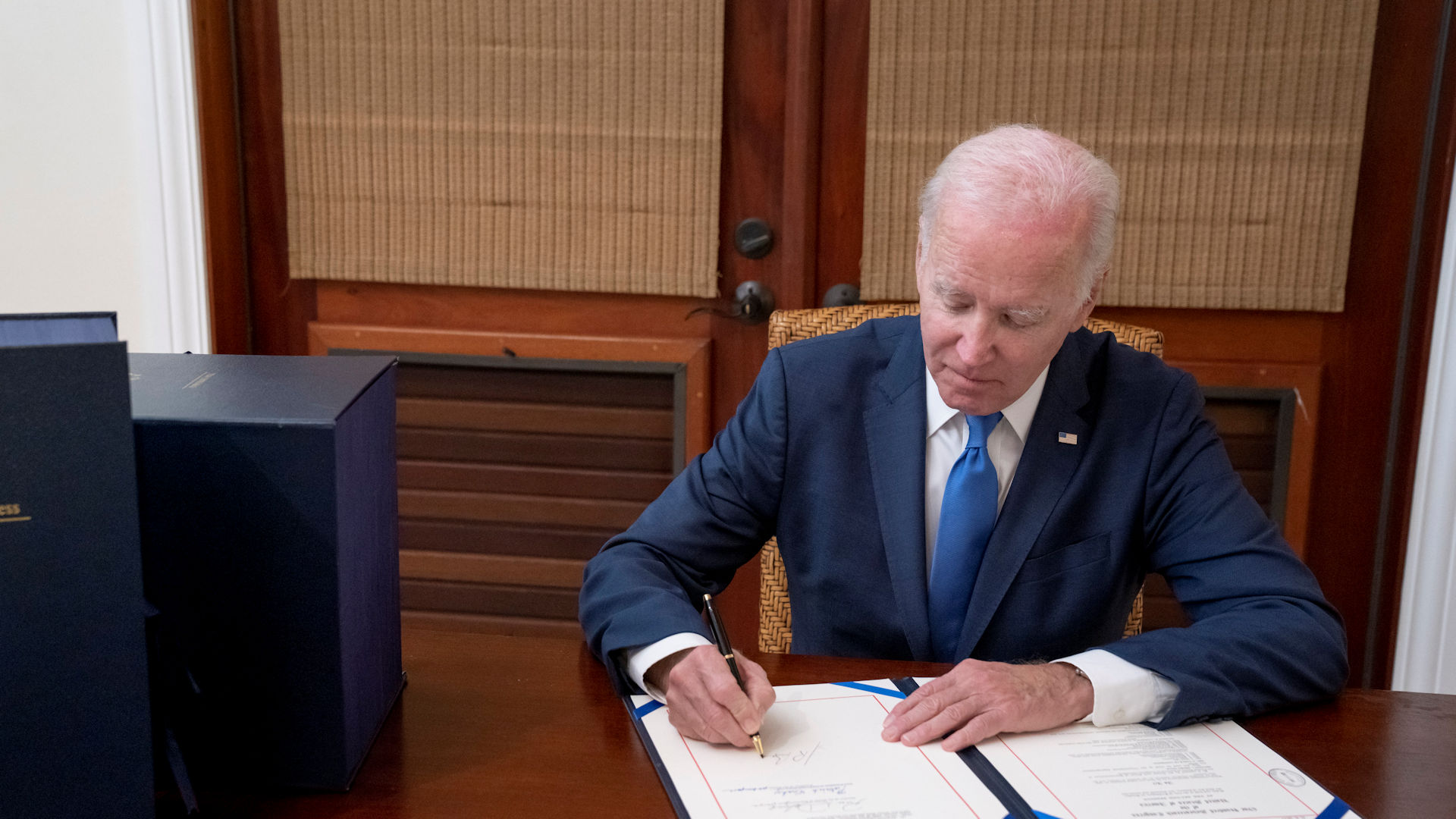 I do not mean this to be partisan, and I am still deeply pessimistic about America’s future of poisonous partisanship. But looking back at the Biden administration’s first two years in office, they are impressive, ranking up there with FDR and LBJ. Government can work, even amidst polarization and gridlock.

On the domestic front, Biden’s record includes passage of the misnamed Inflation Reduction Act (IRA), the most important bill to combat the climate crisis passed in fifty years, one that also included a major reform in health care; the Creating Helpful Incentives to Produce Semiconductors (CHIPS) and Science Act, and the Infrastructure and Jobs Act to invest over $133 billion in critical and green technologies.

With the Senate divided 50–50, some Republicans did join Democrats in passing bills to rebuild infrastructure; modestly tighten gun safety; and expand health care for veterans—the last, though, only after being embarrassed by the outcry from veterans and comedian Jon Stewart when they blocked the bill in apparent retaliation for other legislation proposed by Democrats. And not a single Republican senator voted for the IRA—this despite the fact that, depending on how the question is asked, majorities from 52 to 68 percent support major spending on infrastructure.

At 2022’s end, tucked away in the 1,600–page omnibus appropriations bill, itself a major victory in avoiding a government shut-down, was the Electoral Count Reform Act. It is designed to prevent any repeat of efforts to, like those of Trump and his acolytes two years ago to nullify legitimate election results. It garnered even from Senators Lindsey Graham (R-SC) and Mitch McConnell (R-KY), suggesting that if democracy itself is in peril, bipartisanship may still be possible.

Like FDR, Biden faced a hostile Supreme Court, and like LBJ, whose large congressional majorities included crusty Southern segregationists, Biden’s situation resembled Will Rogers famous line: “I’m a member of no organized political party. I’m a Democrat.” On the House side, only Speaker Nancy Pelosi’s deftness kept the progressives from turning the better into the enemy of the good. And on the Senate side, Biden’s crosses to bear were Democrats Joseph Manchin and Kyrsten Sinema, both Reagan Republicans in mufti, one sold to Big Oil, the other to Big Pharma.

Despite Biden’s approval rating hovering in the low 40s, his Democrats did better in the mid-term elections than any president in twenty years, since 2002 under the shadow of 9/11. It turned out that he was right and many of the pundits wrong: democracy and abortion rights did continue to resonate with voters. Like all presidents, Biden got blamed for ills, like high gas prices, over which he has no control.
Perhaps too much Covid stimulus bears some blame for the burst of inflation in 2022, but most of us—including the Federal Reserve—expected inflation to be a blip once mangled supply chains were back in place. And the recovery from the Covid recession was little short of spectacular, with unemployment in November 2022 down to 3.7 percent.

In foreign policy, the withdrawal from Afghanistan was tragic. There, having seen the U.S.-trained Iraqi army melt away in 2014, I would have expected my former colleagues in U.S. intelligence to warn that the endgame in Afghanistan might be weeks or days, not months or years. And the withdrawal was impelled by the Trump-negotiated deal with the Taliban that labeling foolish would be to dignify it.

The administration’s great success was putting together a coalition in support of Ukraine that most of us foreign policy experts—the “blob” in Ben Rhodes’ wonderful term—would have believed impossible. Germany moved further in three weeks to increase defense spending and diminish reliance on Russian energy than it had in the previous twenty years. To be sure, the coalition was traditional core allies, with countries like India and Israel sitting firmly on the fence, benefiting from cheap Russian energy. But it was no less impressive for that fact.

Nor should what comes next detract from a very good first two years. With fringe MAGA Republicans holding Speaker Kevin McCarthy hostage, there may be no U.S. Congress for some time, and if and when there is, scorched earth politics will return to Capitol Hill, for those fringe Republicans have no interest in governing; rather they are out to destroy government. Sometimes Biden administration seniors sound as though this is still 1992, when the United States was the unipolar power. The world is a long way from 1992, but the administration has restored American leadership. For how long, alas, remains to be seen.