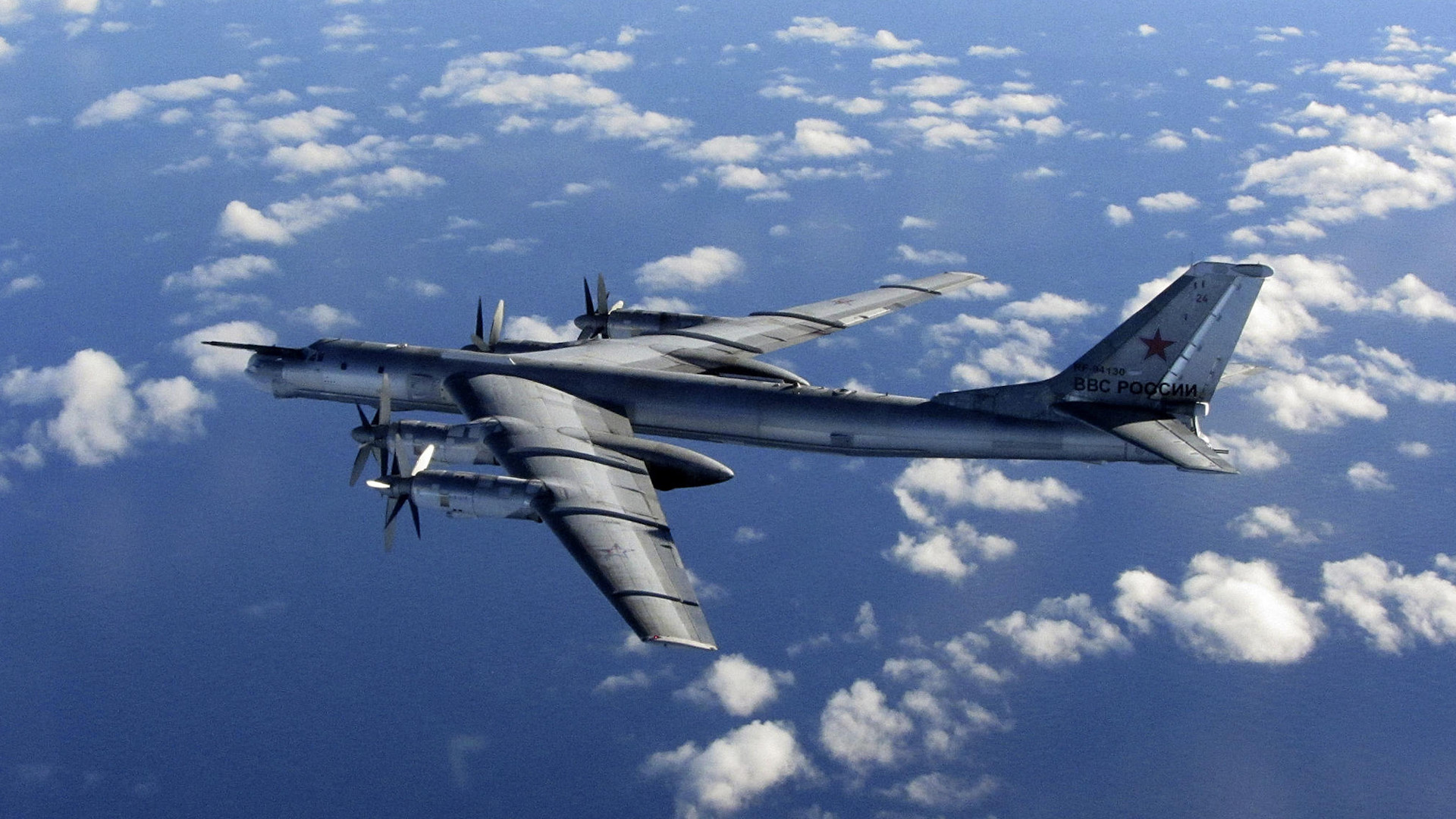 I would bet the ranch that Donald Trump has never heard of one of the key concepts of nuclear arms control during the Cold War: “functionally related observable differences,” or FRODs.[1] Secretary Pompeo may dimly recall hearing it in a class as a West Point cadet. (By contrast, one president I worked for, Jimmy Carter, could have cited chapter and verse on FRODs.) But times have changed, and, alas, the current lack of awareness probably doesn’t matter because technology, global politics and doctrine have taken us beyond FRODs.

The idea was that, for the purposes of counting under arms control agreements, a given weapons system would be counted unless its visible features rendered it impossible to undertake the mission in question. Thus, to not be counted as a cruise missile carrier, a bomber had to visibly lack racks or other equipment to carry the missiles. Now that technology, especially improved accuracies, means that major powers can achieve strategic objectives with conventional missiles, for example, it would be nice to design FRODs so that foes would not mistake a conventional attack for the onset of nuclear war. Yet both technology and politics militate against them.

At first blush, most of the FRODs that can be imagined in the nuclear realm would invite pre-emption in a crisis. During the Cold War, NATO stored its nuclear weapons in Europe at special sites, and those no doubt would have the first Soviet targets in a war. Other measures would require a degree of transparency that seems unimaginable—for instance, loading visibly conventional weapons on submarines or bombers, then creating circumstances in which warheads cannot stealthily be exchanged for nuclear ones. However, the sophisticated verification procedures and technologies already in place under the 2010 New Strategic Arms Reduction Treaty, or New START—due to lapse in 2022—suggest a starting point.

The harder challenge is probably political, the shift in strategic deterrence from symmetrical to asymmetrical. In the bipolar Cold War, the United States and the Soviet Union sought to keep from blowing up the planet and from stumbling into war by accident, hence the series of strategic arms control agreements and confidence-building measures. Now, the geometry of deterrence is much more complicated.

Russian cheating was the ostensible reason for Washington’s decision to abandon the thirty-year old Intermediate Nuclear Forces (INF) Treaty, but the music behind the words was asymmetry. Given geography plus its sea- and air-launched cruise missiles, the United States has no need to deploy ground-launched cruise missiles in Europe; moreover, NATO allies, especially Germany, oppose any new deployments. For Russia, in a neighborhood where China is modernizing its nuclear forces, albeit modestly, and where North Korea is becoming a real nuclear power, the situation may look very different. And China’s calculations, too, are bound to be affected by North Korea as a nuclear newcomer.

Unsurprisingly, new geostrategic circumstances have spawned new doctrines. For someone like me, who grew up in the Cold War, it is a splendid irony to watch countries switch doctrinal sides. Then, NATO regarded itself as hopelessly inferior to the Warsaw Pact in a conventional invasion (whether or not that was correct was, happily, never tested), and so we worked through all the tortured formulations to try to make nuclear first use credible enough to deter attack.

Now, Russia knows it would lose a conventional war to NATO, though it could muster local superiority on its borders. So, it has adopted NATO’s Cold War first-use doctrine, ostensibly in response to a NATO invasion—escalate to de-escalate, it calls it. Yet NATO is not about to invade Russia, so the concern is that Russia’s doctrine is really “escalate to prevail.” If, for instance, it seized a part of Lithuania to connect Russia to Kaliningrad, it could then threaten low-yield nuclear use on the territory it had seized in response to any NATO effort to retake that territory.

So, too, Pakistan has also adopted its own first-use doctrine, again ostensibly on its own territory in a losing war with India, and it, too, is building lower-yield weapons to match its doctrine. And while these two new nuclear powers, India and Pakistan, mostly exist in a deterrence realm of their own, India’s forces must figure into China’s notion of integrated deterrence.

The China problem for strategic deterrence bears some resemblance to the Russian, but it is misleading to conflate the two, as so much public commentary does. Russia is weak compared to NATO as a conventional power and growing weaker given its economic straits. China, by contrast, is growing, and is strong enough in conventional forces to call into question long-held American assumptions about projecting power into East Asia. The similarity is that China might also risk a fait accompli attack, perhaps overwhelming Taiwan, then leaving the onus on the United States to escalate, including the decision about whether to go nuclear.

The other new dimensions of strategic deterrence are cyber and space. Space is probably more straightforward in that the entire American strategic posture was built on the presumption that space is a sanctuary. This new vulnerability, though, does raise old Cold War questions: even if you had the capacity to blind your opponent’s command and control, would it be in your interest to do so in an escalating war, thus risking the perception that this was war to the end?

The Stuxnet attack on Iran in the late 2000s, probably done by the United States and Israel, demonstrated that cyber attacks could achieve strategic objectives, in this case destroying centrifuges in Iran’s nuclear program. Cyber presents a special challenge to deterrence, given that attributing the attack is usually no mean feat—Iran has not specifically pointed the figure at any country—and that even with attribution, retaliation is complicated: retribution in kind might be impossible or unwise, given possible escalation, and other forms of retaliation, especially nuclear, are incommensurate and escalatory to boot.

On those grounds, cyber probably should be regarded as a realm apart, despite its importance. Most of the easy analogies to nuclear weapons and deterrence are misleading. And cyber attacks are hardly binary in the way that any use of nuclear weapons would be: the attacks cover the range from cyber espionage, to attacks, like Stuxnet, that seek to inflict physical damage, to attacks intended to manipulate information, ideally with the victim remaining for some time ignorant of the attack. In numbers, the vast majority of cyber attacks are simple crime.

Biological analogies are probably more helpful than nuclear ones: every attack demonstrates to the victim where it is vulnerable, and it patches those vulnerabilities. Thus far it is hard to imagine an attack that does so much damage that kinetic, much less nuclear, retaliations would be a plausible threat. And, in any case, unlike the imagery of the Cold War—with rocket flight times in minutes—there would be time to deliberate.

When China hacked the U.S. Office of Personnel Management (OPM) in 2015, I was chairing the National Intelligence Council. We fairly quickly identified China as the source of the hack but being more precise was hard. When our policy counterparts pressed us for more detail, we were in the uncomfortable position of responding, more or less, “China is a big country.” I was then in the intelligence business, not making policy, but as a citizen I didn’t much mind the delay. It was a lesson that most of the time attribution would take time. And it also provided time for reflection about possible responses and their second-order effects.

[1] This expands a presentation I made at a Livermore-Los Alamos conference in Washington, The New Dynamics of Strategic Conflict and Competition, March 14, 2019.