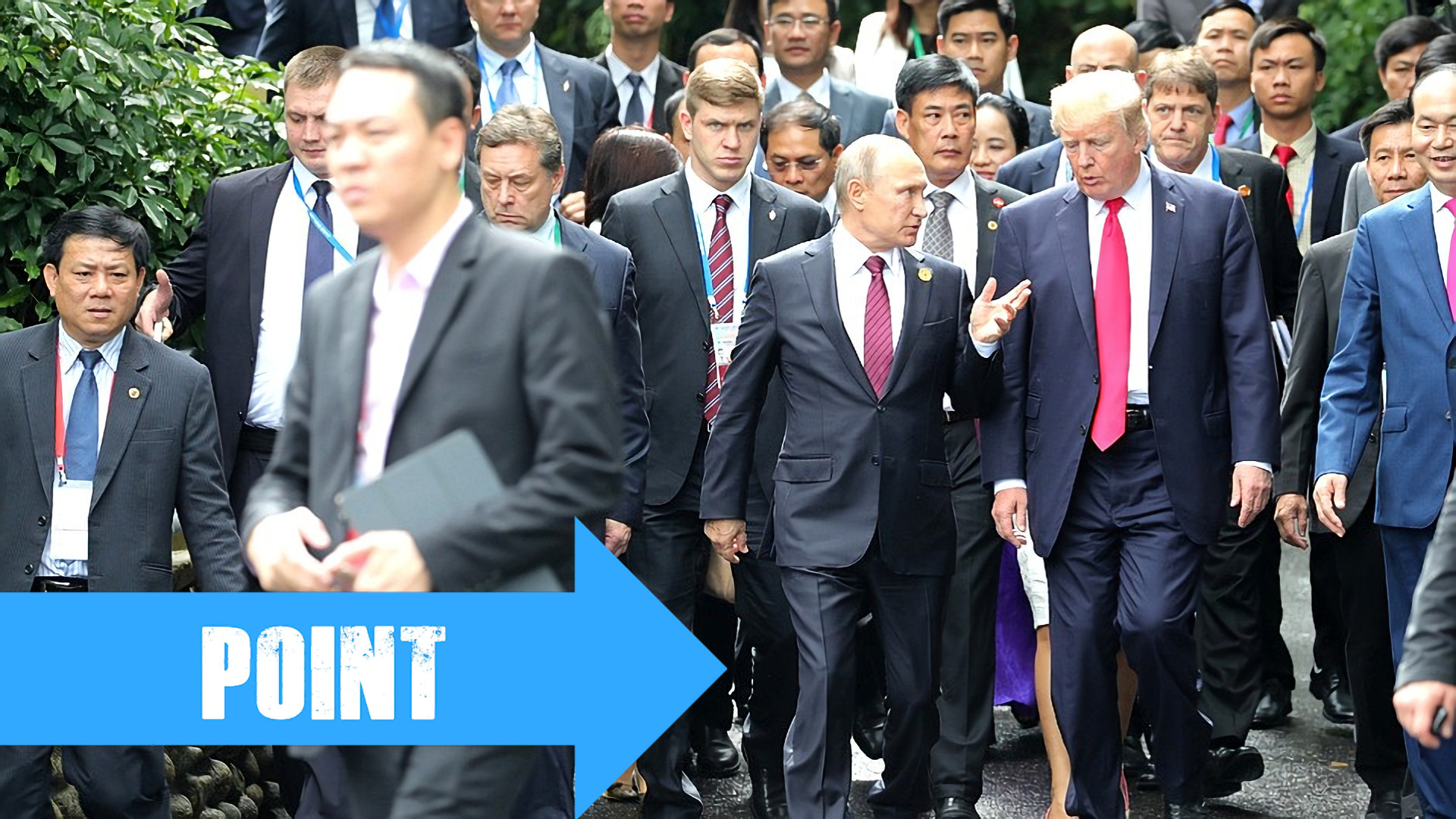 There is a certain surface logic to Trump’s strategy as prettified by Secretary Pompeo in his interview with Walter Russell Mead last June: the major global institutions, like the European Union and NATO, were created in a very different time (one, Pompeo might have added, when the United States came out of World War II with half the global economy and a trade surplus equal to 4 percent of gross national product, GNP); the ill-conceived war on terrorism did distract us from the return of geopolitics among major nations; and so it is appropriate to ask of any action, not whether it reinforces the past but rather whether it is good for America in 2018 and beyond, as Pompeo suggested.

The rub is that the administration’s actions fail that test on almost every count. There is virtually no connection between the goal and the logic of the actions. The failure is perhaps most visible in economics. For instance, picking a trade war with Canada bespeaks sheer ignorance: America has a trade surplus with that country, and, besides, North America is increasingly a single supply chain in which imports become part of exports and vice versa, thus making a green eye-shade accounting not very useful. China’s economic misbehavior makes the argument for economic pressure stronger, but there, too, tariffs are probably not the weapon of choice: they make the United States the aggressor, and China the aggrieved.

And neither the Chinese, nor the Canadians nor the Europeans are fools. They have retaliated with counter-tariffs and will continue to do so. They will also be judicious in selecting their targets for maximum political effect, so not only will Mr. Trump’s poster-child for America first, Harley Davidson, be hurt, but so will Wisconsin cheese makers and Iowa pig farmers. Indeed, in a magnificent but unsurprising irony, among those worst hurt will be Trump’s own supporters, who come out on the short end of the stick as a result of virtually all his policies: witness those tax cuts for the rich that only briefly and modestly helped the struggling middle class.

We also know that trade wars, whatever their motivation, don’t turn out well. There are too many boomerang effects, and the ever-present risk that global commerce will contract, hurting everyone. Economists have known for at least two centuries that countries are better off opening their own commerce even if their trading partners don’t open theirs. Yet these truths seem lost on the administration’s stunningly weak economic team.

On NATO, Trump started with the refrain familiar to American presidents for more than fifty years: other NATO members spend too little on defense; they are free riders on America’s dominance. The refrain has always been true enough; the question is what to do about it. Through the years there have been a number of spending targets; today’s is two percent of GNP.

The question is whether it makes any sense to go much further and, threaten to withhold support for, perhaps even participation in, the Alliance if the other members don’t do better. Indeed, many have done better – defense spending by Europeans and Canada rose in 2017 for the third consecutive year, and four of the 29 NATO members spent more than the two percent target agree in 2014, while others have plans to meet the target by 2024. Whether Trump or the increasing sense of a menacing Russia deserve the credit is unknowable. Surely recent U.S. history is hardly an advertisement for military power: the country spent trillions of dollars and saw way too many young lives shortened or destroyed in Middle East wars yet came away with precious little to show for it.

Mr. Trump talks about allies as though he will threaten, they will comply in the face of the threat, and all will be well. Yet international politics, like life, doesn’t work that way. Time marches in only one direction and does not reverse. If they aren’t sure America will be there, its friends and allies will hedge or seek other arrangements. Not all the alternatives need be disastrous: if Europeans hedged by beefing up European defense arrangements, that wouldn’t necessarily be terrible from the perspective of deterring Russian adventure, though it would make Europeans less ready American partners when Washington needed them.

In the end, Pompeo’s defense rather confirms that Mr. Trump does view foreign affairs as a series of deals, mostly short-term ones too often reflecting ill-advised campaign promises made to cheering supporters. Gone is any mention of standing for something bigger than narrow national self-interest defined mostly in economic terms: about promoting democracy, nary a word, never mind that in the past U.S. actions have so often fallen short of its words, or that the American system is today hardly a democratic model.

Missing as well is any sense of larger vision of norms or values, any sense that, as the globe’s largest power, the United States not only has special responsibilities but also may reap special benefits. What we too easily called the “liberal international” order seemed reinvigorated by the fall of communism. Then, though, the rise of China signaled that history was not at an end and that illiberal democracy and economic nationalism were on the rise. For Trump, liberal international order seems to translate into mechanisms by which others fleece America.

If there is any vision of the future behind Trump’s words, and Pompeo’s, it seems dog-eat-dog competition among nations on all fronts, with advantage perhaps going to the autocrats. He may be right. Yet that is hardly a vision we should want to bequeath to our children.