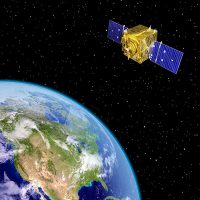 The United States Space Force: A Sixth Military Department Whose Time Has Come?

Because some of America’s most valuable military assets function outside the earth’s atmosphere—satellites on which we depend on everything from secure communications to missile launch warning—the threats to them, and to terrestrial defense assets, also increasingly exist outside the earth’s atmosphere. What was once the exclusive operational domain of Captain Video[1], Flash Gordon[2] and Commander Cory of the Space Patrol[3] (millennials, please see footnotes) dealing with sinister forces in the distant future has become something more immediate.

Such 21st century threats and the United States’ global adversaries and competitors that pose them are the raison d’être for establishing a sixth military department, the United States Space Force. Vice President Pence’s announcement on 9 August that the Trump Administration made clear that, “What was once peaceful and uncontested is now crowded and adversarial. Other countries now threaten U.S. space assets as never before, developing technologies that can jam, blind, and disable communications satellites from the ground.”

A more thorough and detailed explanation of the threat facing the U.S. in space is described in the Final Report on Organizational and Management Structure for the National Security Space Components of the Department of Defense released by the Department of Defense 9 August 2018. The report was mandated by the National Defense Authorization Act for Fiscal Year 2018, SEC. 1601. Space Acquisition and Management and Oversight.

The report characterizes China and Russia as strategic competitors that are pursuing, “…capabilities to neutralize U.S. space capabilities during a time of conflict. Other potential adversaries are also pursuing counter-space capabilities such as jamming, dazzling, and cyber-attacks.” The report goes on to describe threats posed by anti-satellite weapons. In the main, such threats include electronic warfare that can interfere with satellite communications (jamming) to disable or interrupt dedicated military satellite communications or other satellite systems such as synthetic aperture radar imaging and enhanced capabilities against navigation systems.

Advocates for the U.S. Space Force often use the establishment of the U.S. Air Force in 1947, replacing the Army Air Forces (AAF), as the comparable creation of a separate military branch. There are some similarities between the Air Force emerging as a separate service following World War II and instituting a Space Force.

The fact that the AAF was clearly large, growing and competing with ground forces for very scarce budgetary resources was a driving factor in creating a separate military department. The Air Corps of 1939 consisting of 20,000 airmen and 2,400 planes expanded to a nearly autonomous force of 2.4 million personnel and 80,000 aircraft by the end of 1944. Additionally, with the advent of nuclear weapons and the Soviet Union becoming a strategic power, it was inevitable that an air arm of the U.S. military would emerged as a strategic force. But, oddly the establishment of the Air Force was based on an internecine political compromise.

The War Department advocated for a unification of the Army and the Navy under a single department. The Navy Department was vehemently against the idea and drove a compromise into the National Security Act of 1947, that established the three Military Departments: Army, Navy (to include Marines) and the U.S. Air Force. Who would have thought that in the end a good idea would turn on the preservation of political equities?

The U.S. Space Force, on the other hand has its foundation firmly rooted in attending to a present threat that is not being addressed in an integrated and coordinated fashion by the plethora of federal agencies and civilian corporations. Each of the existing military services has some mission that involves acquiring, managing or operating systems or weapons that involve space or exoatmospheric vehicles.

Within the federal government space program there is the National Aeronautics and Space Administration (NASA) with ten separate field centers. Additionally, there are 11 more federal organizations that may or may not coordinate or even communicate with one another. If you include the oversight organizations that would add the Office of Science and Technology Policy, the National Security Council, the Office of Management and Budget (keepers of the money for everyone), and the National Space Council.

To make sense out of the mess, I would consolidate people, resources, functions, roles and missions that overlap as they apply to national security missions and responsibilities. To function efficiently, and to prevent budgetary rivalry, the national security space programs need to be separated from the civilian ones and consolidated.

The span of control, management of resources, training, acquisition management, and keeping the organizational structure relevant would constitute enough moving parts, budget, and equities to warrant its own military department. Furthermore, since Congress has the responsibility to authorize and appropriate funding for all of the space agencies, organizations, and activities, it would be logical from a legislative efficiency[4] perspective to consolidate military space activities.

When looked at from the perspective of investment referring to govini.com research, in space platforms and related hypersonic technology that would have national security implications, the U.S. government spent $83 billion in FY2017. That money was spent on launch vehicles human space missions, space science experiments, national security satellites, and hypersonic technologies. However, that is only part of the total investment. The Satellite Industry Association in its 2018 State of the Satellite Industry charts maintains that the global space economy is $348 billion, all of which is existing independently of any integrating or even coordinating entity.

“The benefits of making a separate Space Force are myriad. First, there would be institutional efficiencies gained. Today there are space forces in the Army, Navy and Air Forces as well as intelligence agencies. Combining many of them into a Space Force would reduce duplication. It would also allow ‘the right hand to talk to the left hand,’ knocking down bureaucratic barriers inherent when multiple government agencies—each with its own chain of command and institutional self-interest—are forced to work together. The taxpayer would get more value for his or her tax dollar, and our joint forces would have a better integrated space component.”

There are, of course, critics of the Space Force idea. Former Obama Administration Secretary of the Air Force Deborah Lee James in a speech to the Brookings Institute explained, “It is a virtual certainty that it will be a huge undertaking that will consume a lot of time, effort, thinking. I do not believe we should have a separate space force. The myriad details which people joke about the academies, the uniforms and what not, those may seem trivial but there are details that need to be worked out.”

Wasn’t it President John F. Kennedy who said, “We choose to go to the moon in this decade and do the other things, not because they are easy, but because they are hard, because that goal will serve to organize and measure the best of our energies and skills, because that challenge is one that we are willing to accept, one we are unwilling to postpone…”? If we failed to do what is right or even prudent because it will “consume time, effort, thinking,” this country would still be a Jamestown colony.

At the same Brookings Institute conference, Frank Rose, a former appointee the Obama administration State Department appointee on space issues, was concerned about not the substance of the Space Force idea, but “specifically how it was rolled out. It’s very clear that there was almost no consultation whatsoever with the Department of Defense.” But as a former DoD executive I know that the Congress did not mandate a report on a Space Force without some input from the Defense Department, so I don’t see this a particularly grave concern.

Those critics represent two institutional views. There are many other critics who argue that the government can’t afford another big organization (which will only get bigger) and that it will be terribly hard to take space missions away from the three current services without damaging their effectiveness in other missions. These, however, are process questions and once the decision to stand up the U.S. Space Force, then the process to achieve that will be institutionalized and accomplished. It’s what bureaucracies do.

What makes the establishment of the U.S. Space Force a near term priority is not organizational necessity, but a logical organizational response to a threat that is acknowledged, even by detractors. It is better to do that now when standing up the Space Command can be accomplished in an orderly fashion, rather than waiting until we are faced with a crisis brought on by adversaries bringing our satellites down.

[1] Captain Video and His Video Rangers, “Guardian of the Safety of the World” was a television series that aired from 1949 to 1955.

[2] Cult classic and routinely aired on Turner Classic Movies, Flash Gordon first produced as a serialized movie in 1936 and remade numerous times since then, recounts the adventures of Flash Gordon, Dale Arden and Dr. Alexis Zarkov as they visit the planet Mongo to thwart the evil schemes of Emperor Ming the Merciless.

[3] An early television space adventure that aired from 1950 to 1955 with Commander-in-Chief (now referred to as Combatant Commander) Buzz Corey of the United States Space Patrol who along with his sidekick Happy faced interplanetary villains and diabolical schemes.

[4] The author recognizes that placing the words “Congress” and “efficiency” in the same sentence or even in close proximity is the very definition of oxymoronic, but you never know, it could happen. That’s why the word miracle was coined.