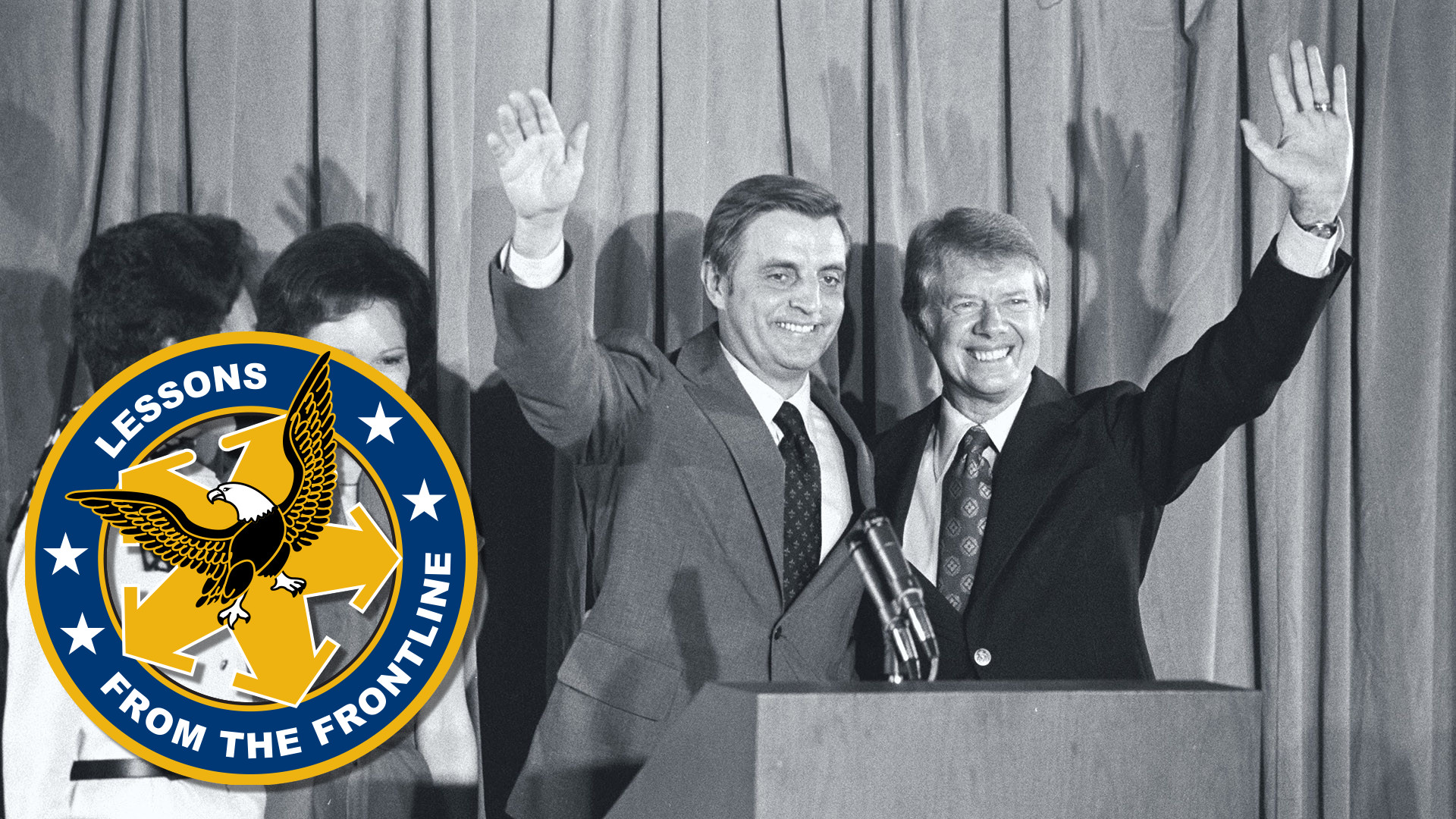 In the first of a new series, “Lessons from the Frontline of Defense & Government,” SMA Executive Advisor Greg Treverton remembers two lessons learned from his days at the National Security Council.

Of the three U.S. presidents I’ve had the good fortune to work for, I probably learned the most from my experience with the first, Jimmy Carter. I was young, turning 30 the day after Inauguration, so I had a lot to learn! But two lessons from my first months on the job, as a National Security Council staffer handling Europe, have stayed with me for my entire career.

The President had decided not to make the traditional visit to European allies soon after taking office, instead sending Vice-President Walter Mondale. Mondale had been impressed by his meeting with Spain’s King Juan Carlos, who had spoken movingly of the loneliness of trying to manage a democratic transition, as king, in the wake of Franco. Mondale asked the President to call Juan Carlos, and the President agreed. It was my first presidential phone call, and, excitedly, I prepared a short memorandum for the President, sending it through my boss, the National Security Advisor, Zbigniew Brzezinski.

The appointed hour arrived, and I eagerly walked across West Executive Avenue, the enclosed street that separated the Old Executive Office Building from the White House. Only when I was approaching the Oval Office did I realize that in all my interest in substance I had made no arrangements for the call itself. I had no idea where Juan Carlos was, or whether he could take a call. Sheepishly, I approached Tim Kraft, the appointments secretary, and asked whether we should reschedule.

He said, “let’s try it.” He picked up his phone and got the redoubtable White House operators, justly famed in that prehistoric telephone era for locating people and said: “This is Tim Kraft. I’m placing a call for the President. King Juan Carlos, Madrid, Spain.” Bang. Down went the receiver.

I was sitting on the couch in the Oval Office, the extension to my ear. As the minutes passed, I began to sweat. The actress Carol Channing arrived at the anteroom for her meeting with the President. After what seemed like an eternity but was probably only a few minutes, a voice on the line said: “This is Juan Carlos.” I stammered, “Just a minute, your majesty, I’ll put the President on.” (Note that, in those days at least, kings got on the phone before the President of the United States.)

The lesson for me: substance is critical, but staffing is imperative.

Not long after, the Soviet Union sent us a formal note about an incident in Cold War-divided Berlin. We immediately moved to crisis mode. We thought the Four Power Agreement of 1971 had put Berlin on the back burner. Was this the beginning of a crisis? Was Moscow testing a new president, as Khrushchev had tested John Kennedy? We spent most of a day speculating and considering possible responses.

Finally, some wise person (not me) suggested we look into what actually had happened to occasion the Soviet note. The answer goes deep into Cold War arcana, but despite the Wall, so-called flag patrols kept up the fiction of an undivided Berlin. American GIs in jeeps with big U.S. flags motored around East Berlin, and Soviet counterparts did the same in the West. It turned out that one of our flag patrols, boys will be boys (there probably were no girls in the patrols then), came upon an East German motorcade, and first pulled alongside the dignitary’s car to see who it was, then cut through the motorcade. We began to think that perhaps the East Germans did have a beef.

Then, it occurred to us to look at the note in Russian. When we did, it turned out that it was virtually identical to the last one the Soviets had sent to the Ford Administration. The critical difference was a Russian word in both that had two possible English meanings. It had been translated more gently in the previous note but more menacingly in this one. With that, we folded our crisis tents and went back to our regular work.

The lessons from this are more complicated than for the phone call, but as important even if they are unfashionable these days. The first is that even—perhaps especially—in this frantic news cycle, it is worth taking time to look at what happened, and to put it on a timeline of historical context. It is also worth asking why it is a problem and for whom. In this case, it turned out that it was a problem mostly for Moscow in dealing with its East German ally. And once an assessment is made, it is worth asking: why am I attracted to this view, and what might induce me to change my mind?

Facts are out of fashion these days, and anything less than immediate response looks like waffling. Small wonder, then, that we tend toward “ready, shoot, aim,” or that the aiming point too often turns out to be our foot.