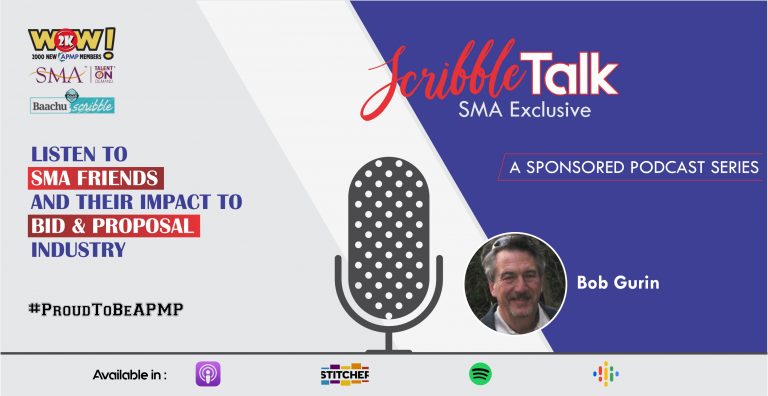 “SMA is pleased to sponsor Scribble Talk SMA Exclusive. As one of the top Apple podcasts, it delivers valuable knowledge to bid and proposal professionals worldwide. It’s a great source for mentoring and career development, and each episode is so much fun!”

Bob is currently our longest-serving employee and has trained hundreds of SMA Associates how to develop winning proposals using the SMA proposal process. Many SMAers are proud to consider Bob as their mentor and friend.

Bob has had many roles at SMA over his 30 years, including leading our Competition Management Practice, Site Manager for operations with one of our top clients, and Vice President of Quality Assurance and Training. Prior to joining SMA in 1989, Bob was Director of Product Development at Ultrasystems, and prior to that had worked at the NSA.

In this episode we will discuss Bob’s

Get to know Bob Gurin! Listen to the podcast here:

If you’re building a team and you have positions you can’t fill, you need to use SMA Talent on Demand (TOD®)! With TOD®, you can find experienced talent, such as Bob, matched to your exact needs: