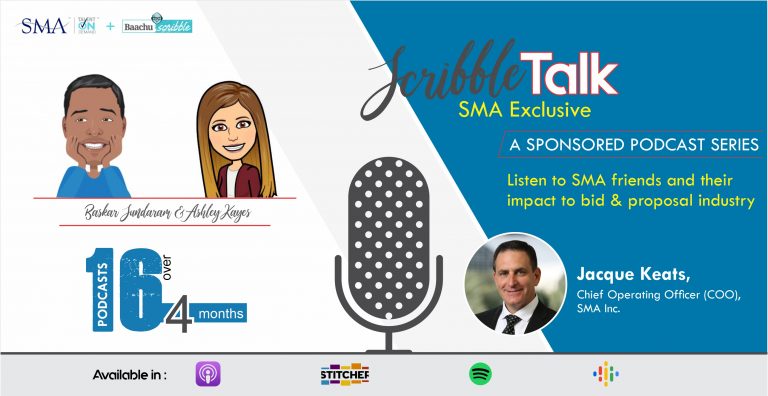 “SMA is pleased to sponsor Scribble Talk SMA Exclusive. As one of the top Apple podcasts it delivers valuable knowledge to bid and proposal professionals worldwide. It’s a great source for mentoring and career development, and each episode is so much fun!”

Scribble Talk SMA Exclusive is our first ever sponsored weekly show produced by Baachu Scribble and hosted by Ashley Kayes and Baskar Sundaram. In this episode, Ashley and Baskar interview Jacque Keats, our Chief Operations Officer (COO). They discuss Jacque’s:

Get to know the human side of your leader behind your Talent On Demand (TOD)®, Jacque Keats! You can listen to the podcast here: