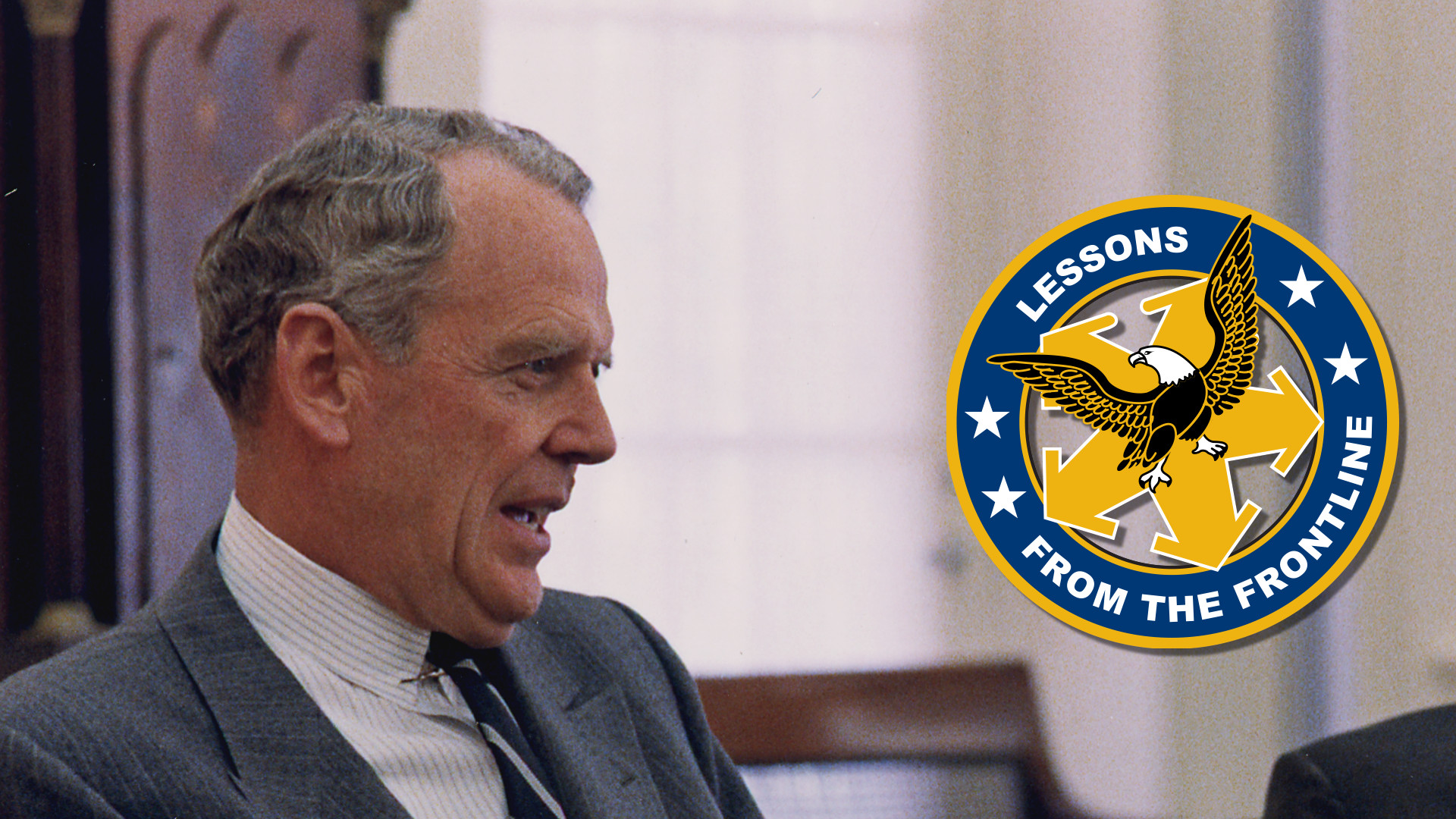 Looking back, I find it striking how much I recall about those from whom I learned, my mentors as it were. As a young National Security Council (NSC) staffer, I was lucky enough to travel with Clark Clifford, the famed Washington lawyer who, as Secretary of Defense, convinced Lyndon Johnson that disengaging from Vietnam was compatible with “Texas honor.”

The famous story about him as Washington lawyer was that he once listened for some minutes to a client’s problem, which ended in a question. Clifford answered in a single word, for which the charge was $10,000—a tidy sum a half century ago. Like many of the stories we remember best, this one may not be true but is true enough in capturing Clifford’s judgment.

Like every administration before and some after, the Carter administration was convinced it could handily resolve tensions between Greece and Turkey, two NATO allies, never mind centuries of animosity between the two. Clifford—he was always “Mr. Clifford” to us on his team—was appointed by the President to lead the mediation effort, which focused on the division of Cyprus.

Clifford was wonderfully urbane and completely unflappable, and it didn’t hurt that what came out of his mouth was a deep Missouri drawl. Indeed, he fell into the habit at the end of working dinners of giving a toast that turned into a small speech, usually about the shared ties between the United States and Greece, Turkey, or Cyprus depending on the dinner. We started transcribing those homilies, and it turned out they were pretty banal in content: what made them work was the grace and baritone.

For all his grace, Clifford was also disciplined. Here, what I remember best was his cigarette—note the singular. No doubt he had been a smoker as a young person, but by the time I knew him he was almost exactly the same age I am now, and he confined himself to one after-dinner cigarette per day. He usually cadged that cigarette from someone else and lodged it in the breast pocket of his suit jacket. But it was only one, always.

For all his patrician air, Clifford also could be wonderfully direct. The night before he was to have a one-on-one with Archbishop Makarios, the president of Cyprus, we engaged in a preparatory give-and-take with him. Makarios was addressed as “Your Beatitude.” When one of us, not me, came up with a particularly snarly Makarios comment, Clifford drawled: “If he says that, I’ll just say ‘shove it, Your Beatitude.’” And he would have.

As an NSC staffer, I manned the back channel through the Central Intelligence Agency to communicate directly with the President. Clifford’s description of Makarios—and this, mind you, for Jimmy Carter—was that his smile was warm, but his eyes were as cold as a whore’s heart!

On one trip, Makarios used food as a weapon of diplomacy, the only time I’ve been subjected to such a tactic in my career (though I have had plenty of strange food in the service to my country). Makarios lived in the archbishop’s palace because it was nicer than the Cypriot presidential mansion. It was a warm Nicosia day, and we had pre-lunch drinks outside. We then went inside for lunch. The menu was boeuf Charolais, with good Cypriot wine. When the beef came around, I recall it as a small football, pretty overwhelming. While we digested our looming indigestion, a separate waiter emerged from another door with a plate of vegetables for Makarios, who announced that he’d given up meat for Lent! Clifford had the good sense to stop the waiter and carve off only a slice or two.

Did we produce comity between these two NATO allies? Hardly. But I sure did learn a lot. I got to see judgment up close, delivered with elegance when possible but bluntness when necessary. Hemingway famously described courage as “grace under pressure,” and that description fit Clifford to a tee. I will always carry those memories as lessons with me.