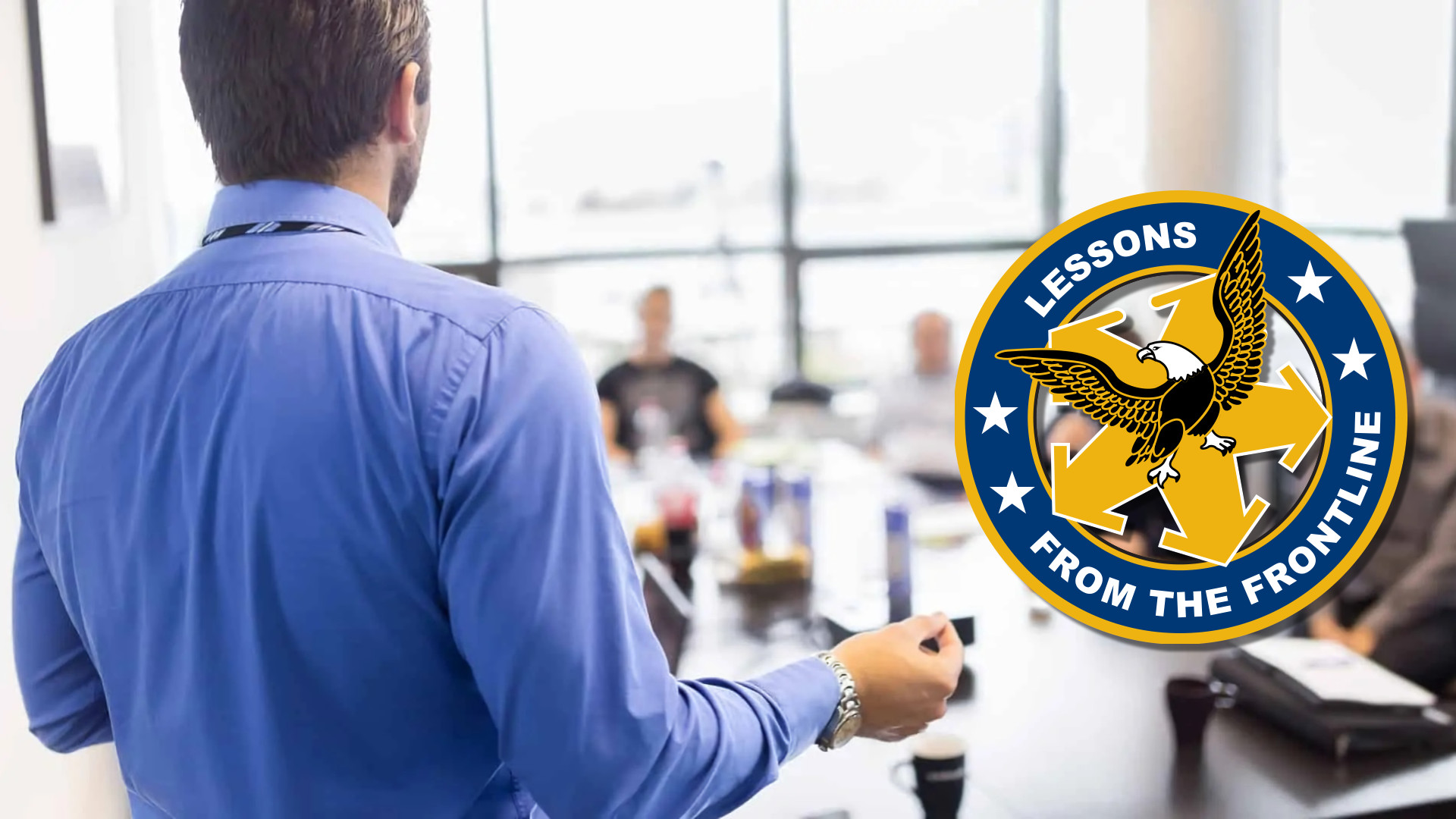 The Art of Briefing

Like most of us in both public service and the private industry, I have received more briefings than the law should allow. We are all too accustomed to “death by PowerPoint.” Yet briefing is an art form well worth learning. Now, as a professor, I inflict it on my students as an exercise in skill-building.

When I was a young National Security Council (NSC) staffer in the 1970s, interagency comity required that we be briefed by young Pentagon officers. They were earnest, but they were briefers, not the experts, and I quickly realized that when they turned the lights out to brief, I was going to have difficulty not going out as well—given the long daily hours of the NSC staff and the long night hours of youth. Much more recently, I have been struck by bad briefings when I didn’t expect them. Several years ago, I was briefing on cyber security at a gathering of companies in New York, and their wordy slides made mine look almost vivid.

I have come a long way, though perhaps not far enough. The first time I recall doing a briefing to a big audience—this was the kick-off threat briefing for a big conference at one of the war colleges in the 1990s—I started by joking that any correspondence between what I said and the slides was purely coincidental. Alas, it was true: this was pre-PowerPoint, using transparencies.

Over the years, I’ve learned big two lessons, neither one rocket science—though I’ll always remember my wonderful government and RAND colleague, the late Roger Molander, who said that once when he said that line, he realized he was a rocket scientist. I’m not, and one lesson so one of my lessons is about the PowerPoint and the other about the process.

The lesson about slides I think has become dogma, but dogma as often honored in the breach as the observance: don’t use too many words. As briefer, you can say the words, so the slides give you a second bite. They can be images to drive home the words, or other images to extend the words. For me, the analogy with what I still call “blackboards” but are now mostly white, is useful: students will let you put anything on the blackboard, and what you put there subtly becomes the frame of the conversation.

The process lesson is that often a briefing is not a briefing. If it’s briefing a senior official, it’s not like me snoozing to DoD presentations as a young NSC staffer. It’ll be a conversation in which you get three sentences before being interrupted. So those sentences have to inform and entice—convey the big message and induce the listener to want more, no easy bifecta. When I was chairing the National Intelligence Council, one of the National Intelligence Officers, a distinguished scientist from outside government, was new to government and the world of intelligence, but was going to brief the Deputy Secretary of Defense. He had prepared an impressively detailed brief but listening to his intentions I decided we should do a dry run, with me playing the deputy secretary. My goal was to help him shape an approach that was more conversational, more prepared to response to questions, perhaps ones from left field.

At the very beginning of my career I was a staffer to the first Senate intelligence committee in the 1970s. That was a wonderful experience, not least because we spent a lot of time with the senators, who would sit still for long, highly classified briefings that had nothing to do with their political futures simply because those briefing were sexy and interesting.

The committee had decided that it would have a public hearing on U.S. covert action in Chile, which had been my major work on the committee. The Ford Administration forbade sitting officials from testifying and discouraged retired officers from doing so, so the hearings began with a briefing by several of us staffers to lay out the story.

We were just into the briefing when then-Senator Walter Mondale intervened to ask a question. Mondale was on our team, but the question was difficult. The three of us staffers paused long enough for Mondale to interject, humorously, “what is this, time out for a commercial message?” The experience added to my lessons: not only will you not get more than three sentences before being interrupted, but the interruptions, even from friends, may surprise. So, thinking hard in advance about awkward questions is imperative.