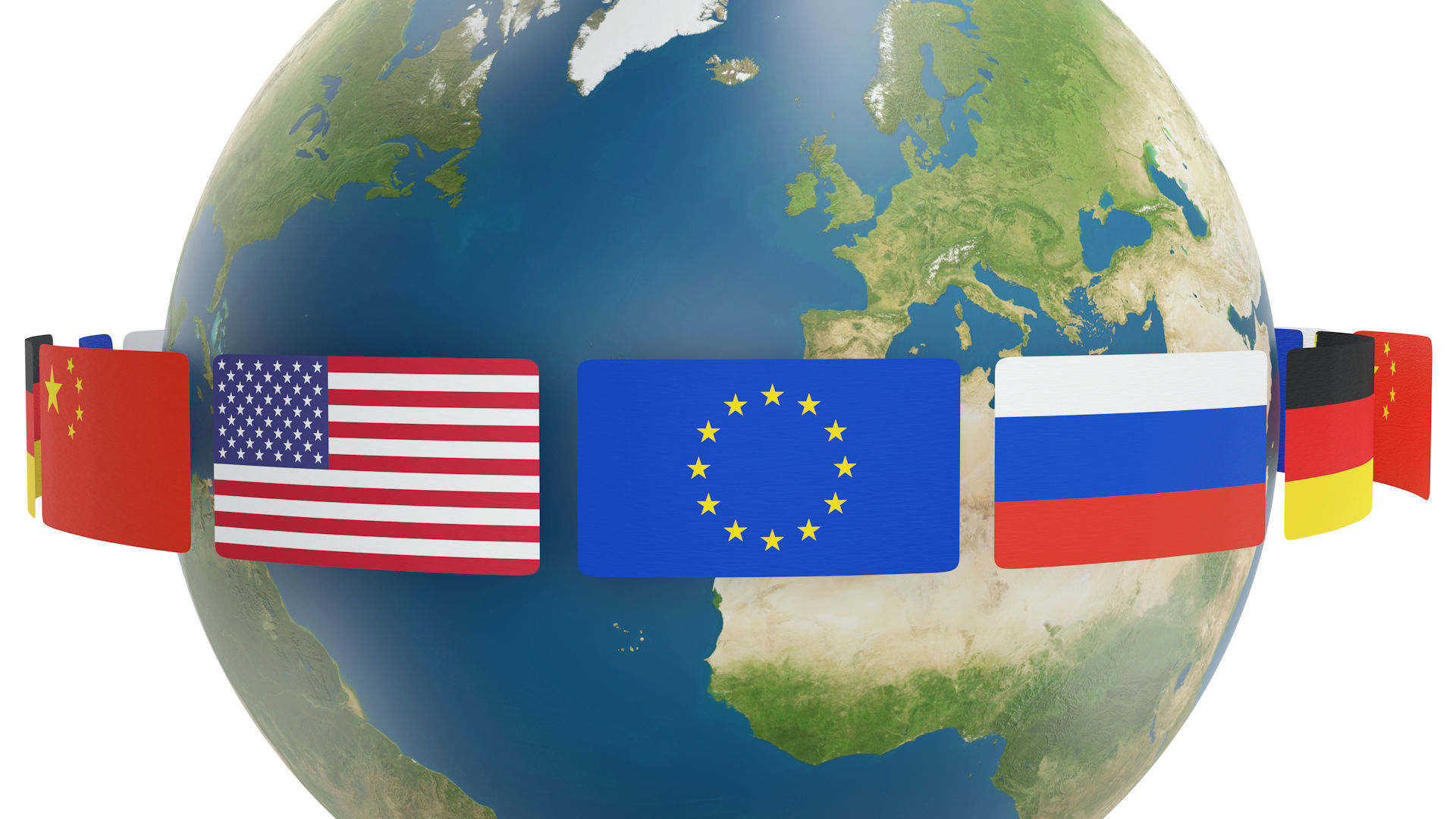 Proclamations of the death of the American-led liberal international order, like reports of Mark Twain’s death, may be greatly exaggerated, but they have been around for most of my career, even before—by some current assessments—that order even existed.

Thus, skepticism is warranted about today’s dire predictions of the order’s demise, and even more skepticism about the proposition that tomorrow’s international order will be fashioned by China in its autocratic image. As always, much depends: the election outcome in November plainly matters, but so does whether the United States can finally rouse itself to deal with the pandemic, how quickly its economy recovers, and how well China copes with the challenges ahead even as it now appears to many would-be cold warriors in the United States to be occupying the global catbird seat.

In retrospect, what we now call the “liberal international order” probably began, as John Mearsheimer has argued carefully, not with the Bretton Woods agreements after World War II but only with the demise of communism and the Soviet Union in the 1990s.[1] Before that the “global” order extended only to part of the globe, with the Soviet bloc and its clients both excluded and self-excluded. It was the end of the Soviet Union that enabled the American-led order, in several respects.

Francis Fukuyama’s “end of history” thesis has taken its shots, not all of them undeserved, but he was right that, for the moment, at least, the end of communism and of the Soviet Union meant that there was no ideological competitor to democracy and free market economics.[2] Even he, I suspect, would have doubted that the end was really an end: to quote Twain again, “history doesn’t repeat itself, but it often rhymes.” If nature abhors a vacuum, human nature abhors a triumphant winner.

Yet the unipolar moment also meant that most trans-national activists were seeking to spread human rights and democratic values. The events that led, for instance, to the end of the regime of Slobodan Milosevic in Serbia in 2000 read like a classic CIA covert operation in the 1950s and 1960s to overthrow governments, except that this time around the protagonists were not intelligence agencies and their actions were not secret: it was the German party foundations, their U.S. counterpart, the National Endowment for Democracy, and associated non-governmental organizations.

The economic collapse that both caused and accompanied the Soviet Union’s end meant that countries, especially in the Third World, tempted to remain aloof from the United States and the “West” no longer had a patron. Ideology mattered, but cash determined. More generally, while most American analysts tend to focus on security and NATO as the central elements of the U.S.-led order, William Overholt is right to emphasize that economics was probably more important.[3] The United States was more attractive for its prosperity than for its protection. In that sense, watching America stumble and bumble its way through the pandemic is a hit to the country’s reputation from which it will not quickly recover: while other countries didn’t always like the United States, they usually did admire its competence.

Unfortunately, those enablers have turned to disablers of the American-led order, at least in part and mostly independent of Trump and his disdain for both leadership and alliances. Most obviously, China—and to a lesser extent given its economic straits, Russia—are now available as alternative sources of support for those countries that want to elude the preachings of the United States and its allies. Other countries, like Qatar, can supply money or, like Iran, political support, but the main alternative is China, followed by Russia. A strategic alliance between does not seem in the cards—for Russia would be the junior partner in such an alliance, and that does not seem the imagining of Vladimir Putin—but the two will continue to scratch each other’s back when it is relatively cheap, for instance in UN Security Council votes.

So, too, competitors to liberal democracy have returned, and we are reminded that our tendency to conjoin “liberal” and “democracy” is only a product of European experience, whose states were liberal, in protecting individual and civil rights, before they were democratic. “Democracy” only means the majority rules, for good or ill. And so forms of government from illiberal democracy to outright authoritarian are once again on the scene; indeed, countries not so long ago thought of as firmly in the U.S. orbit, from Hungary to Turkey, now have leaders who cast themselves as defenders of national sovereignty against liberal subversion.

At the same time, the transnational activists for rights and democracy are on the run. On this score, the break-points were the “color revolutions” in the former Soviet bloc in the 1990s and Arab spring in 2010-11, both of which convinced illiberal governments that the activists, especially those with foreign connections, were agents of regime change and should be restricted if not outlawed. (I have to sympathize with George Soros, who for all his billions, gets portrayed abroad as the center of a Jewish conspiracy to impose world government, and at home as the center of a ring of pedophiles bent on taking over America on behalf of the “deep state.” During the Cold War, I felt the same sympathy for David Rockefeller, who was the bête noir for both those on the left who opposed monopoly capitalism and those on the right who feared détente with Russia.)

Since so much about the future depends, prediction is a fool’s game. Playing the fool would suggest a messy disorder in which even if a new American administration sought to re-establish global leadership, it would still face the disablers. At the same time, though, China would remain too weak and too challenged—by issues ranging from its preexisting debt crisis compounded by BRI (Belt and Road Initiative) loans the recipients will not be able to repay; to continuing doubts about President Xi’s leadership on issues ranging from the pandemic to Hong Kong and Taiwan—to supplant the United States. So far, China has mostly been the happy beneficiary of an America that has been AWOL during the pandemic and played every other international issue as short-term, zero-sum, and only about money.

It would be a mistake to call this default future a new cold war—though it is already being labeled that—for China and the United States will remain much more interconnected, especially economically, than were the United States and the Soviet Union. And even the Cold War adversaries managed enough arms control to avoid blowing up the planet, so it shouldn’t be beyond the wit of America and China to cooperate to save the planet from pandemics in the short run and climate change in the long.

This future would, however, be one of tag team in which countries fell, sometimes awkwardly, into an American-led or China-led grouping. Of that, the wranglings over Huawei and 5G have provided a foretaste. The Europeans, in particular, felt caught between economic self-interest, on the one hand, and, one the other, security concerns, ones loudly advertised by Washington but without offering much of an alternative to Huawei.

A Biden administration that seeks to rebuild American leadership will find willing but wary partners, quite apart from the disabling factors. To be sure, there is considerable low-hanging fruit. Resuming the practice of making the first presidential trip to NATO Europe would make a big difference, and so would repeating strong U.S. support for the alliance, including Article 5—an attack on one is an attack on all—which has only been activated once, for the United States after 9/11.

Rejoining both the Paris climate agreement and the Trans-Pacific Partnership (TPP) would be naturals. The latter is the perfect vehicle for doing what the Trump administration sought but failed to do: make progress in curbing China’s various ways of appropriating intellectual property. The first rounds of Trump tariffs may have made sense in getting China’s attention, but then the follow-up was negative: rather than rallying countries in Europe and elsewhere that share the same grievance against China, the Trump administration levied tariffs on precisely those would-be partners as well.

One fair criticism of the international order was that it was à la carte, leaving China, in particular, free to enjoy the benefits of membership in, for instance, the World Trade Organization without fully living up to its responsibilities. As John Eikenberry puts it: the order now looks less like a club, and more “like a sprawling shopping mall” in which “states can wander in and pick and choose what institutions and regimes they want to join.”[4] One approach could be to shrink and tighten the club, perhaps to a group of ten that would set rules for restructuring international trade and an agenda for cooperation on the climate crisis and pandemics.

Even in the best of circumstances, though, two big questions remain. The first is how to incorporate actors that are not new but newly powerful in relation to nation-states—other levels of government, states and cities in the U.S. context, and private sectors organizations and people, both those engaged for profit and those that are non-profit. Near the end of the Obama Administration in a meeting of the deputies discussing partnerships and international organizations, I had the temerity to ask, “what about the private sector?” All around the table agreed that was important, but two minutes later the conversation had returned to the inter-governmental frame it had before my interruption. Could existing organizations be stretched to include these newly important actors? Should they be so stretched? So far, the new actors, mayors for instance, have mostly existed, and sometimes organized, around the edge of existing international institutions.

The second is question is harder still: if the architecture we seek to reimagine requires what no existing organizations provide, some sort of sanctions for breaking agreements, is it possible to imagine how that could be done in a world where nation-states may be losing relative power but are still the biggest kids on the block? If humanity is to be saved from the climate crisis, nations will need not just to set targets for emissions but to adhere to them, and the rich countries will need to be levied to, for instance, compensate Brazilian farmers for not burning down the rain forest.

How to do that? Yale economist William Nordhaus has suggested another club, this one for climate. Club members would agree to harmonized reductions in carbon toward a common goal, like the Paris aim of limiting the increase in global temperatures to 2°C.[5] Nations that didn’t join, or ones that did but didn’t meet their commitments would face penalties, most easily in terms of increased tariffs on their exports to complying club members. That is probably the best that can be imagined, but, alas, in current circumstances its reality isn’t imaginable.