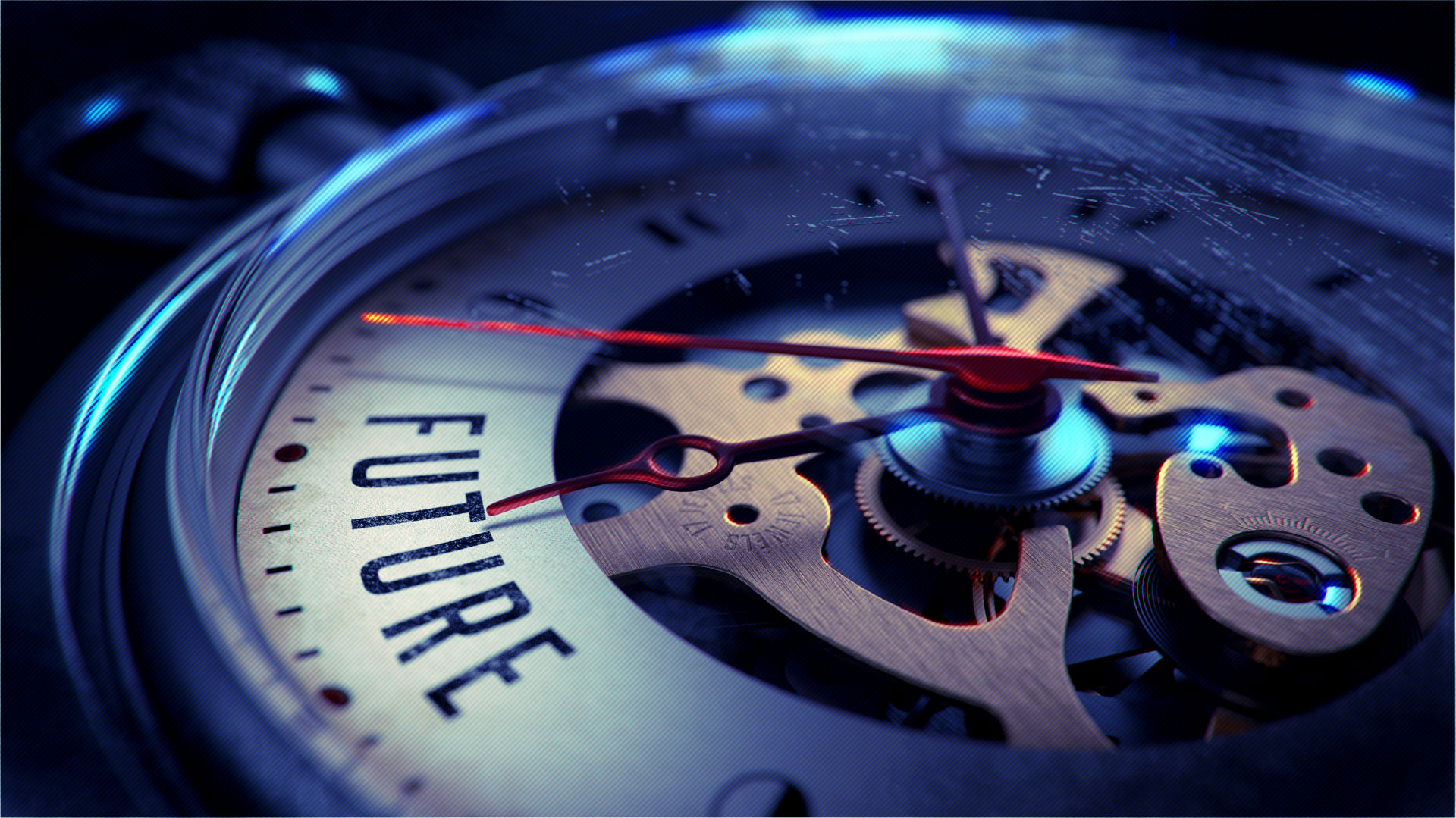 Lessons in Thinking about the Future

As the sage Yogi Berra famously said: “It’s tough to make predictions, especially about the future.” I can testify from my own experience—as a scholar, policy analyst, and senior government official—that Berra is right.

These reflections on that experience start with several what not to dos, then techniques I have found useful, especially in intelligence. I conclude by framing a big question for which there is no easy answer.

Two What Not to Dos

Some years ago, when I was at RAND, one of our sister think tanks was commissioned to look at what techniques the various intelligence agencies used for forecasting. (It was a study I would have loved for RAND to do.) What they found was bad news on two counts. First, none of the agencies really used any formal techniques at all. And second, to the extent they employed any techniques, the method of choice was brainstorming, what we used to call BOGSAT (bunch of guys sitting around a table). The rub is that we know that is a bad idea, one destined to produce groupthink or lowest common denominator. Better to consult experts independently, then average or combine their views in some way. So, lesson one from the what not to dos is: do make use of formal techniques.

I also have the impression that bad news is more easily accepted by recipients, policy officials for instance, if it is derived from some formal technique. My sample size for this assertion is small, but method seems to depersonalize the wolf crying. At the very beginning of the Clinton administration, I commissioned a Factions exercise to ask what it would take to change Slobodan Milosevic’s aims in former Yugoslavia. Factions is one of a family of social choice tools that parses information intelligence analysis are likely to have—how powerful particular actors are and what outcomes they seek. In this case, Factions predicted that it would take attacks on industrial targets in Serbia proper to move Milosevic—measures the United States and NATO didn’t take for more than five years.

While I was chairing the National Intelligence Council (NIC), 2015 happened, and gave me the chance to see how the authors of the NIC’s signature public product, Global Trends 2015, had done two decades earlier. The answer was “pretty well,” but if there was a flaw it was that of too much straight-line projection. After all, in the late 1990s, globalization looked pretty rosy. I finished a book on intelligence before 9/11 and realized it too was a happy globalization view of the future, so in the last chapter I asked myself what might knock that future askew. I came up with two possibilities, neither one rocket science—a major terrorist attack on the United States and a global recession. I didn’t expect—and surely didn’t want—to be two-for-two! Lesson two of the what not to dos is: do beware of straight-line projections.

More generally, in my experience of intelligence, it pays too much attention to likelihood and too little to consequence. That is especially damning if we are trying to look out more than a year or so. Yes, tomorrow generally looks a lot like today—on that, more later—but tomorrow twenty years from now will have been reconfigured, at least to some extent, by major events in between now and then. If a development is consequential, even if its probability is deemed low (or unknowable), it deserves a place in the analysis. The National Intelligence Council’s Global Trends 2020, done at the turn of millennium, didn’t predict Covid-19, but it did lay out as a possibility almost exactly what in fact occurred around the globe in the last year and a half.

In the summer of 1989, I convened with fellow “Germanists” in Arizona. My paper argued that, with the ending of economic borders between East and West Germany, unification was inevitable. I didn’t say it would happen soon. But even so, my fellow experts thought I was being puckish at best. All this a scant few months before the Berlin wall came down! Looking back, part of the problem was the familiar bias of experts—what now exists is so determined that it will be into the future. But another part, less for Americans than for (West) German scholars was the wish being parent of the assessment: not only did West Germans know that unification would be very expensive, they also wanted to believe that life for “Tante Marie” in East Germany was better than it was. So, my lesson three from this experience is: do ask why my assessment is popular with me?

My final what not to do is positive: “pay attention to the data.” For this I have two illustrations. In the 1970s, the eminent demographer, Murray Feshbach, came back from a research trip to Moscow and briefed us at the National Security Council on his results. They were stunning: a number of indicators, like male lifespan, were going down, not up, just the opposite of what should have been happening in a developed country. Feshbach was a data person, more into the “trees” than the “forest,” and none of us listening could add much by way of explanation for what was going on. Instead, we fell back on easy answers, like “Russian men drink too much.” In retrospect, what he had found was the dead canary in the coal mine, indicating a deeply sick society. What is eerie is whether the numbers about America’s current polarization and its deaths of despair bespeak another society in deep crisis. But the lesson is: do pay attention to the data.

This lesson was reinforced for me during the peso crisis of the 1990s when I was Vice Chair of the NIC. Our extremely talented National Intelligence Officer for Warning, Mary McCarthy, was not an economist, but she did watch the numbers, and Mexican foreign exchange reserves were going down and down (actually, Mexico was lying about the numbers, which were even worse than those published). However, Treasury and Wall Street had a complicated story about how all this, especially a new financial instrument called tesobonos, would turn out just fine. Well, she was right, and they were wrong: Mexico had to devalue. Pay attention to the data.

I’m a fan of scenarios but have seen them more often used badly than well. It is too tempting to create scenarios that are large blobs that cover, sloppily, all the future possibility space. In fact, scenarios are more useful the more specific the question they are meant to illuminate. My preference is the four quadrant scenarios developed by Pierre Wack and Shell, and later the Global Business Network, an example of which is displayed below:

The idea is to design the two continuums, ideally ones that are independent of each other, to produce four interesting quadrants. In this case, I wasn’t trying to answer a specific question but was rather, for a group of Saudi intelligence analysis, trying to stretch thinking about their country’s future. When I laid it out, the analysts’ commander, a Saudi general, exclaimed: “The high conflict/low oil price scenario is a recipe for revolution.” To which I could only observe: “You said it, General, not me!”

I have also found two related techniques useful, again mostly in terms of forcing analysts out of their comfort zone. Social science has known for a long time that subject matter experts, who are drenched in the world as it is, are the least likely to imagine discontinuities. So, teams including non-experts are important, and so are techniques to jar. One is asking: if my bet about the future is X, what would it take to produce 2X, or 4X?

A kindred technique is imagining wild cards, improbable but consequential possibilities. In an earlier piece discussing the latest Global Trends, I suggested that it would have been still more provocative, and more encompassing of its two-decade horizon, if it had examined a clutch of “wild cards,” developments that are perhaps unlikely but are both imaginable and consequential within twenty years. Not surprisingly, several of these would have focused on the two most important global powers: what if the United States fails at the project of national renewal that now seems possible but not likely? What if, instead, the country literally came apart? What if China remained stuck in the “middle income trap”? Or, conversely, what if China easily escaped the trap and reintegrated Taiwan, relatively peacefully. What about a use of nuclear weapons in anger, in South Asia or Europe’s East? Or the sudden collapse of Russia or Saudi Arabia?

As it becomes clearer that the pandemic is not going away, we have the impression that the future is still more discontinuous than usual, that tomorrow won’t be as much like today as we have come to expect. Is that the case? Life itself will provide the answer, as our Soviet colleagues used to say. But here are several angles of vision on the question. One is a book I was struck by a half century ago, Little Science, Big Science, collected lectures given by Derek J. De Solla Price, first published in 1963.[1] The book, as I (mis)recall it, looked at such scientific papers as could be found over the previous several hundred years. The conclusion was that every generation thinks most of the most important scientific advances in history of humankind have occurred in its lifetime. And they are all correct: scientific advance is exponential! And so the big question becomes whether the slope of that exponential curve has become steeper still, or whether some tipping point has pushed the world into accelerated change.

Another way of thinking about the question is illustrated by the different perspectives on our own times of a historian, Walter Russell Mead, and an economist, Robert Gordon. For Mead, today’s dysfunctions mirror those of the last third of the 19th century. Try to think of a successful president in that period. Then, as now, the nation’s institutions and processes didn’t seem up to the challenges they faced. But then, the dysfunction masked the beginning of the country’s long adjustment to the Industrial Revolution. By the same token, this period may be the same for the Information Revolution.[2] Yet even that optimistic view is pessimistic in its timescale, for America didn’t complete the full adjustment to the industrial revolution until after World War II, when large but regulated companies provided good jobs for an expanding middle class. It was only after the war that the country completed the process of failing to success, in Mead’s wonderful phrase.

For Gordon, the consequential period was the same near-century as for Mead, and the process was also slow. But for him, in contrast to Mead, the great technological advances—electricity, urban sanitation, chemicals and pharmaceuticals, the internal combustion engine, and modern communication—were products of the 19th century, then refined in the 20th. Those produced a one-time period of strong economic growth, from 1920 to 1970. Americans in 1870 could hardly have imagined what life would be like, at least in cities, in 1940—electric lights, not candles; flush toilets, not outhouses; cars and trains, not horses. For Gordon, IT is more a blip than a revolution.[3]

In that view, the next American republic, if it persists, will indeed be more of the same. Growth will be stagnant not only because technological progress has slowed, but because of “headwinds” like growing inequality, plateauing of education levels, and aging population. In those circumstances, it is all too easy, alas, to imagine America’s current gridlock and government dysfunction continuing for a long time, perhaps to the point of civic conflict, even civil war.